My Mother, My Friend: DNA and Checking The Boxes


My mother, Gloria Jean Bannarn, was my genealogy buddy. In many ways we were a team. I did the research, built the family tree and kept the records. She talked to family, asked questions and constantly reminded me about the ancestors. When she called, she would ask if I had found anything new. She was proud of her heritage and passionate about Genealogy.

My mother always wondered why she looked the way she did. People often asked her where she was from, or the question that annoyed her most,"What Are You? which she always said was rude. Although she identified with being black, or African American. She just didn't understand what it was that other's seen in her and why did they always think she was from another country. Most people just assumed that she was Mexican, Native American, Hawaiian, sometimes even Asian. Total strangers would walk up to her and start speaking in Spanish. It happened so often, that she eventually learned how to speak the language so that she could communicate.

Born to parents, Anthony Bannarn and Margaret Doyle, her mother always spoke to her about their very mixed ethnic heritage, She was told that she was African American, Irish, German, Dutch and Cherokee Indian. Her father's family was African, Irish, Seminole and Muskogee Creek Indian, I have always heard them referred to as "Black Indians". Mom said we were "Loaded With Indian."
A term that both my mother and grandmother used when describing just how much Indian we were mixed with.

My mother was fascinated with race and culture. The differences in how people looked, the beauty of their hair, skin. She embraced people from all over the world and made friends where ever she went. She often talked about her concern with race boxes when filling out forms or applications, Her questions; Do I check more than one box for race? or do I check them all? do I check any at all? I would tell her that many people choose one or two to identify themselves with. Her argument was, Why should I check just one race box when I'm more that that?  These conversations went on and on.  After all the wondering, I suggested that she take the AncestyDNA test. Her results amazed her, and finally gave her some answers to the many questions she had longed to know. However, there was one big surprise that she did not expect. 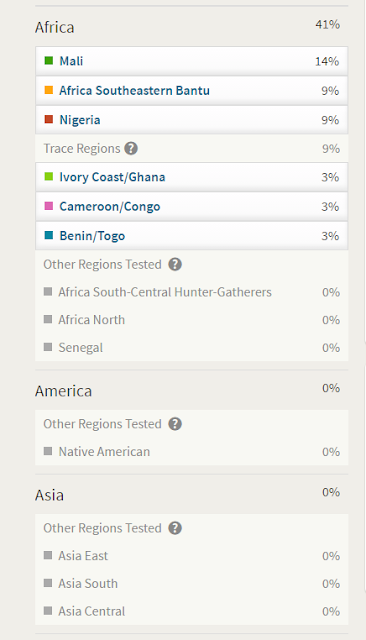 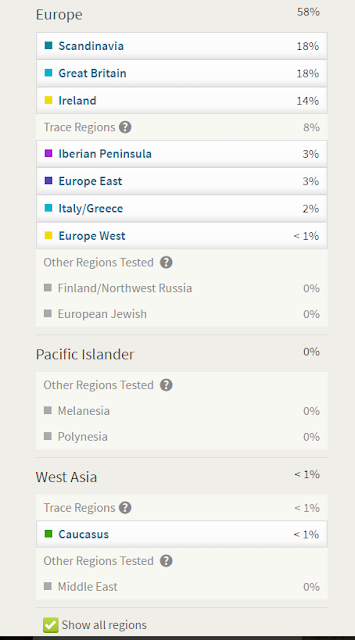 You can probably guess what the biggest surprise of her DNA results was....
Absolutely NO Native American.  ZERO!..NONE!

I really thought my mother was going to be Angry that she showed zero Native American. After all, She talked about native ancestors all the time, many family members looked Indian. Her grandmother was said to have been full blooded Creek. She didn't understand the Zero.. However, she was still excited and embraced it all. She began studying all the countries that her DNA results showed, she was fascinated with the people and the culture of the areas where her ancestors came form. She told me that taking that DNA test changed her life.

If you knew my mother, then you knew that she was hot tempered and outspoken, yet lovable, fun and easy going. She stood for what she believed and fought for those that could not fight for
themselves. I have always admired my mother for her strength and courage, yet I don't think I ever told her.

She no longer talked to me about her concern with checking the race boxes. She said that she believed that you had a right to choose no matter what society said you were. When I asked her why doesn't she just check one box and not worry about it, her response was..

"Checking one or even two boxes does not define who I am. For I am much more than that". And so.. she checked almost every box. 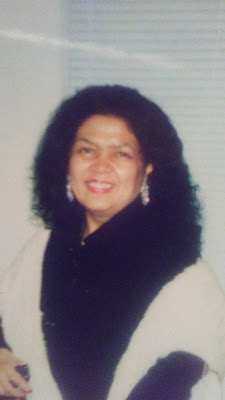