The Journey To Find My Father...I thought I Knew My Name

Today, while searching for my ancestors...much to my surprise, it was my father who kept nudging me. As I ignored him, wanting to stay focused on a certain ancestor. It became clear to me that it was time to blog about him and share his story. As I've said before, the search for my father has been a life long journey. I've always wondered what happened to him. Where he was, what was his heritage, and how do I find him?  no one seemed to have the answers....

Growing up my mother taught us to be proud of who we are, which included being proud of our name. We were the PRYOR'S. Growing up in a small community, I had eyes all around me. EVERYONE knew my mother. Those were the days when you got checked by the other mothers in the neighborhood if you were caught doing wrong..and they had no problem at all letting your mother know!

I remember my father, playing with us as children. He always wore a crisp white T-shirt and Khaki pants. His hair was jet Black, thick and wavy with a hint of a curl, much like mine. He was a truck driver for Allied Van Lines for years and drove all over the country. He liked to cook and could fix anything. Even though he made his home in Minneapolis, MN where he met and married my mother in the 60's, home for him was Kansas City, Missouri. His family who had migrated from Arkansas lived in Cape Girardeau and New Haven, Mo. 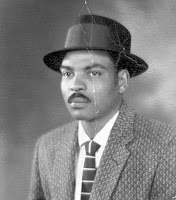 The decision to look for him was easy. I had been researching the history of my family for years and had found a ton of relatives. So I thought, why shouldn't I be able to locate my father?..piece of cake,..Right? well, it wasn't that simple. After hours of questioning my mother, I found that my father had two Surnames. Actually two names all together; first, middle and last. Talk about confusing!  Further research revealed that when his mother married his step father, Paul Pryor. My father took on his surname, although he was never legally adopted. Switching his first and middle name around, he was enrolled in school under the name, Carl Jesse Pryor. He enlisted in the army, and fought in world War II under that name. His military record shows his birth date as 1927. This confirmed the story that my mother told me. That he joined the Army at 15 after lying about his age. He was actually born in 1930. I found it odd that even though my grandmother said his birth name was VALRIE Jesse Taylor. His birth record lists him as Jesse Carl Taylor. How absolutely confusing is that!!!

While the search for my father has been challenging, frustrating at times and very exiting. Especially discovering my Creole ancestry! It has also been painful and disappointing. I never did find my father. By the time I found him, He had passed away five years earlier. What a huge disappointment that was! Little did I know that he had started using his given name, Jesse TAYLOR. His obituary lists him as Jesse Carl TAYLOR-PRYOR..I guess he used both names. 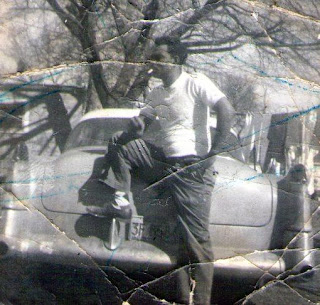 So, although my family carries the name PRYOR. The name that my mother always thought we should be so proud of. It is NOT my name. What's even more surprising..I was recently told by my aunts and uncles, that neither is TAYLOR!..That's a topic for another blog post.